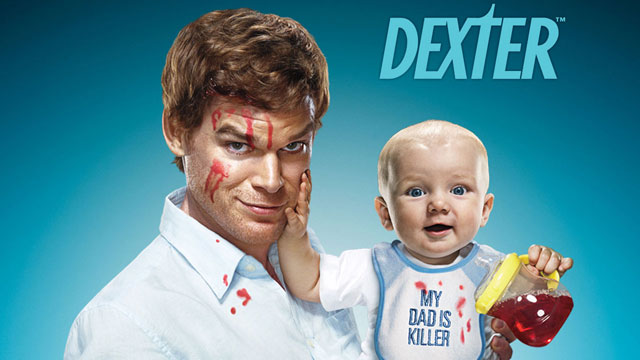 The thrilling tale of everyone’s favorite serial killer is back again for the fourth season of Dexter. The Showtime original TV series, based on the Darkly Dreaming Dexter novel, tells the story of Dexter Morgan, a serial killer whose modus operandi is to kill other killers. The narrative and Michael C. Hall‘s portrayal as Dexter are strong, showing him as the lesser of two evils, that you will find yourself supporting the likable serial killer and hoping he does not get caught.

Most seasons of Dexter are setup with a main antagonist, another serial killer who Dexter is trying to hunt down throughout the entire season. Meanwhile, Dexter is satisfying his own personal fix by killing other murderers in almost every episode. Normally, the antagonist is a mystery and stays in the shadows for the majority of the season, but in season four, the opening shot introduces him and shows his face. John Lithgow is The Trinity Killer, one of the most notorious serial killers in the country, who finds himself in Dexter’s town of Miami, Florida. Dishonest detective Dexter is a blood spatter analyst for the Miami police, who discovers clues about the new serial killer in town. Finding and killing the Trinity Killer would be the ultimate trophy in Dexter’s collection, but it will be a race against the Miami police before they find and deal with The Trinity Killer the legal way.

I normally do not like knowing who the main antagonist is in a TV series because it always adds to the compelling mystery. The fact that it is the high profile John Lithgow and seeing his kills from his perspective will balance out the show’s lack of the mystery. The writers always find an interesting new approach to the show each season so Dexter’s character does not get stale. Along with Dexter’s strong competition of The Trinity Killer, Dexter has also become a new father. Family life is distracting daddy Dexter and making him a more clumsy killer, putting him at risk of getting caught.

Dexter season four premiered September 27, 2009. The beginning of the episode was a slow burn of exposition, but ended with a giant cliffhanger of dozing driving Dexter crashing his car. The crash happened after one of Dexter’s kills, leaving the viewer believing there was a severed body in the back of his car. I hope that all of season four can keep up the high impact storytelling that ended of the first episode.