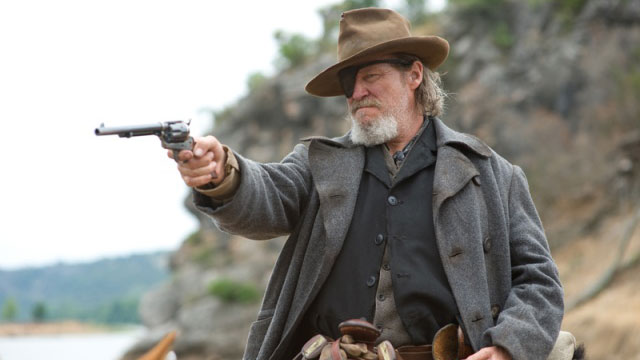 In this age of cinema, a western is considered a rarity. The only thing more rare is for one to be nominated for an Academy Award for Best Picture. Joel Coen and Ethan Coen’s western True Grit is a rarity and breaks many rules. Not only is it nominated for Best Pictures, but it is actually nominated for the second most amount of awards this year, with ten nominations.

True Grit is based on the 1968 Charles Portis’ novel by the same name. It is actually the second adaptation of the novel. The first was the 1969 version staring John Wayne. The 2010 version stars Jeff Bridges, Matt Damon, Josh Brolin and Hailee Steinfeld. The Coen brothers always dip into the collection of former collaborators and it was great to see Jeff Bridges and Josh Brolin in Coen Brothers film togethere. I am also happy each time the Coen brothers add another actor into their collection, and hope that Matt Damon works with them again soon. Jeff Bridges was nominated for Best Actor, and won last year for country hard. Hailee Steinfeld was nominated for Best Supporting Actress. The strange thing about it is that she appears in the film more than anyone else, even Jeff Bridges. So she should have been considered a lead actress. Because of the amount of screen time, and her really good performance, I believe Hailee Steinfeld deserves to win Best Supporting Actress.

One Reply to “True Grit”